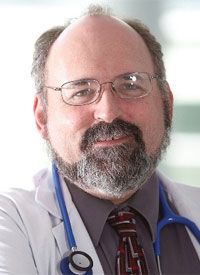 On May 10, the FDA granted an accelerated approval to pembrolizumab for use in combination with pemetrexed plus carboplatin as a frontline treatment for patients with metastatic or advanced nonsquamous NSCLC, regardless of PD-L1 expression, based on a cohort from the KEYNOTE-021 study.1 The decision amplifies the frontline role for the drug following the FDA’s October 2016 approval for pembrolizumab monotherapy in patients with metastatic NSCLC with greater than 50% PD-L1 expression as a result of the KEYNOTE-024 trial.2

The expanded indications make pembrolizumab part of the first-line treatment considerations for the estimated 80% of patients with NSCLC whose tumors do not harbor EGFR mutations or ALK rearrangements, and cap a rapid rise for antibodies that target the PD-1/ PD-L1 pathway in NSCLC (Timeline). Looking forward, researchers are anticipating results from randomized phase III combination trials involving checkpoint blockade agents.

“This approval marks an important milestone in the treatment of lung cancer. Now, pembrolizumab in combination with pemetrexed and carboplatin can be prescribed in the first-line setting for patients with metastatic nonsquamous non—small cell lung cancer, irrespective of PD-L1 expression,” Corey J. Langer, MD, principal investigator on the pivotal KEYNOTE-021 trial, said in a statement. “Physicians should continue to use each patient’s individual characteristics—including biomarker status, histology, and other clinical factors&mdash;to determine the best treatment plan for each person.” The evolving role of checkpoint blockade immunotherapy has been evident since the approval of pembrolizumab monotherapy. “As of October 2016, we saw a major shift in the therapeutic landscape in advanced NSCLC,” Langer, director of thoracic oncology and professor of medicine at the Hospital of the University of Pennsylvania in Philadelphia, said in an interview with OncologyLive® that took place before the latest approval. “KEYNOTE-024, at least in individuals with 50% or higher expression, documented a clear-cut outcome advantage for pembrolizumab versus standard platinum-based chemotherapy combinations.”Findings from the phase II KEYNOTE-021 cohort study are scheduled to be updated at the 2017 American Society of Clinical Oncology Annual Meeting (Abstract 9094). In the trial, 123 patients were randomized to receive pemetrexed and carboplatin alone (n = 63) or in combination with pembrolizumab (n = 60). In the investigational arm, pembrolizumab was continued for 24 months.

Langer said PD-L1 expression is “an imperfect biomarker” but that it is becoming integrated into diagnostic workups. “PD-L1 testing is here to stay,” he said. “It’s been very helpful in my institution. Now it’s reflex—the pathologists will do it automatically the same way they would obtain ER [estrogen receptor] and PR [progesterone receptor] testing in breast cancer.”

Other considerations in the combination immunotherapy regimens involve toxicities, Langer said. In terms of adverse events (AEs), the incidence of grade 3 or higher treatment-related AEs was higher in the pembrolizumab plus chemotherapy group (39%) than in the chemotherapy-alone group (26%).

The phase III KEYNOTE-189 study is currently exploring platinum-based chemotherapy plus pemetrexed with or without pembrolizumab for patients with untreated nonsquamous NSCLC. In this study, investigators will be able to choose between cisplatin or carboplatin as their platinum-based chemotherapy. The primary endpoint is PFS, with an accrual goal of 570 patients and an estimated completion date of March 2019 (NCT02578680).

In the IMpower130 study, the combination of atezolizumab (Tecentriq) plus nab-paclitaxel and carboplatin is being compared with the chemotherapy doublet in 724 chemotherapy-naïve patients with stage IV nonsquamous NSCLC (NCT02367781).

The phase III MYSTIC trial is evaluating the combination of the PD-L1 inhibitor durvalumab (Imfinzi) with the CTLA-4 inhibitor tremelimumab. In January, the primary endpoint was adapted to include OS in addition to PFS. At this time, the MYSTIC trial is no longer recruiting new participants (NCT02453282).