Foundation Focus CDx BRCA, can detect both germline and somatic BRCA1/2 mutations in women with ovarian cancer who are candidates for the PARP inhibitor rucaparib (Rubraca). 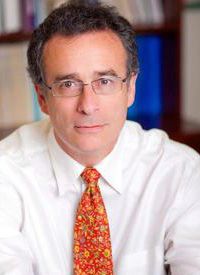 In December, Foundation Medicine, a leader in the field of molecular testing, strengthened its industry position by gaining its first FDA approval for a companion diagnostics test: Foundation Focus CDx BRCA, which can detect both germline and somatic BRCA1/2 mutations in women with ovarian cancer who are candidates for the PARP inhibitor rucaparib (Rubraca). The test also is the first next-generation sequencing-based companion diagnostic that the agency has approved.

The 8-year-old company, which has attracted significant academic interest, including a partnership with Memorial Sloan Kettering Cancer Center, this year not only began seeing revenue from the Foundation Focus CDx BRCA but also for the first time reached a major milestone when Medicare began paying for its FoundationOne large panel genomic assay, specifically in cases of patients with non—small cell lung cancer. The Cambridge, Massachusetts-based company also has reported further clinical use of its FoundationOne Heme hematological biomarker test and its FoundationACT blood-based circulating tumor DNA assay.

With these achievements under its belt, Foundation Medicine’s chief medical officer, Vince Miller, MD, spoke with OncologyLive® about the company’s testing ambitions, the potential for commercial payers to initiate coverage of its tests, and the company’s increasing roster of business partners in the pharmaceutical industry.

What sets the large-panel test FoundationOne apart from other genomic assays?

Miller said Foundation Medicine is now anticipating FDA approval of the large-panel FoundationOne assay as a universal companion diagnostic, which he said would be key to the company’s fortunes. Using next-generation sequencing, the assay can test for more than 300 cancer-related genes. However, Miller said various other barriers exist. Genetic testing needs to become a routine part of the therapeutic process, and doctors need help in interpreting the actionable results of these complex tests, he said.We know there’s an increasing number of targeted therapies, and that even though a certain percentage will not be approved by the FDA, the trend is that as each month goes by, more and more targeted therapies are available to patients. A growing number of these treatments are also associated with companion diagnostics tests.

There has been an increase in demand to find biomarkers relative to disease states that could be tied to FDA-approved therapies and potentially accelerate the development of future targeted therapies. In cancer, many biopsy tests take very small samples, and so if one relies on multiple gene assays, not only do costs rise, but also the chance of getting all the needed results drops.

Normally, to assay for these markers, you would need to cobble together different technologies with various sensitivities and specificities, often with unpublished false-negative and false-positive rates that you don’t know. This leads to the problem of insufficient tissue sample and a lack of clarity or confidence in the results. What FoundationOne does is take a single piece of tissue and, under what will be a regulated environment after we’ve published and demonstrated a precedent in clinical validation, it evaluates all these genes simultaneously.

Not only are we synching up patients with FDA-approved drugs for given indications, but also we can match patients from a DNA standpoint with many different targeted therapy clinical trials. There are more than 1000 targeted therapeutics across over 100 genes of interest under study presently, and several thousand trials involving those targeted therapeutics. So, this is a great tool to allow a doctor treating patients with cancer to see if their patient is eligible for an FDA-approved therapy or to evaluate, from a molecular standpoint, whether they’re eligible to participate in specific clinical trials.We recently had our first FDA approval of a companion diagnostic that was developed as the assay for Clovis Oncology’s drug rucaparib and that’s FoundationFocus CDx BRCA. It detects both germline and somatic BRCA1/2 mutations in women with ovarian cancer to predict increased sensitivity to that drug.

What payment trends are you seeing for genomic assays in general or for Foundation Medicine’s tests?

Also, our flagship assay, FoundationOne, is under parallel and expedited review by the FDA and CMS. We anticipate approval of that assay in the second half of 2017. We also anticipate an associated national coverage determination for Medicare, so that would be a watershed event for Foundation Medicine, for broad-based genomic profiling, and, more importantly, for patients with cancer who might benefit from this testing.Across the ecosystem of healthcare, unless your product is proven to markedly limit resource utilization or save money, it’s hard to get tests covered. The payer’s world has generated a divide between government-based payers, such as Medicaid and Medicare, and private or third-party payers. Each one has a different data set or standard to which they subscribe for the evidence. So you may have a package suitable for payer X, but it doesn’t satisfy the next 4 payers.

That’s part of the reason we were so excited when we were selected for this parallel review process, because that presents a clear solution with CMS, and we anticipate that CMS and the Medicare Coverage Database could certainly enable us to work more successfully with private payers. We certainly have wins with private payers, some of them at the regional level, some with disease states such as non—small cell lung cancer. We recently announced our first payment for the local coverage determination for use of our assay in non–small cell lung cancer. That was a pretty important moment in the reimbursement discussion.

What are the challenges of developing and using liquid biopsies?

This is new to the payers, and it takes a long time to figure out. On the other hand, you’re talking about precision medicine in cancer, where it’s often about personalizing therapies for a patient. The benefit can be variable—nature can be variable. Then, there are our assays, which take a holistic diagnostic approach to genomics, which is the same across tumor types, and that’s a whole different level of thinking for payers to get their heads around. There’s also the challenge about varying healthcare costs as patients are living longer or are successfully matched with treatments and therefore are taking these therapies for longer periods of time.When we do a tissue biopsy, you look under the microscope at the genes you have and, even though there might be other cells in the sample, such as white blood cells or fat cells, there is still a relatively high proportion of tumor cells—40%, 50%, or 60%. When you look in the bloodstream for these fragments of DNA that are tumor derived, frequently 1% or less of the relative DNA you detect are derived from tumors. Therefore, one needs to build an assay that is that much more robust for sensitivity and specificity, and that’s part of the challenge.

One of the other challenges is that there are some tumor sites that, even when they are advanced, don’t seem to shed a lot of circulating tumor DNA. So, they may not serve as a surrogate for doing tissue biopsy. Another standard challenge is that what one finds in the blood to detect DNA from the tumor seems different from what’s in the tumor. A good example of this is in pancreatic cancer.

There are multiple opportunities where liquid biopsies would be advantageous. For some patients, their doctors know that with their overall profile they can’t get tissue: you can get a prior specimen, but all the tissue’s gone, or the patient is too sick for a biopsy—maybe they just had pneumothorax or a heart attack&mdash;so blood biopsies increase the number of patients who can get genomic profiling, and that’s really important.

What is the impact of screening for tumor mutational burden (TMB)?

Liquid biopsies are also useful for monitoring patients along their cancer journey, to see if they’re developing any resistance mutations or if they’re getting more circulating tumor cells, like the liquid version of a CAT scan with genomic information. The second part of that is looking at circulating tumor cell DNA in patients who might have had a cancer removed, to check for residual cancer or early signs of recurrence.There is a growing body of evidence that validates the ability of TMB to predict the likelihood of response to cancer immunotherapies across a wide range of tumor types, including advanced bladder cancer, lung cancer, breast cancer, colorectal cancer, advanced head and neck cancer and melanoma. We’ve built our flagship assay FoundationOne to estimate TMB. We looked at a lot of research studies, and we found that FoundationOne estimated TMB measured by exome sequencing very well. Part of the reason is that not only does it assess a large number of genes, but also it sequences more than megabase pairs of DNA. That’s really the requisite to accurately estimate TMB, because it takes away some of the bias that occurs when it picks up just cancer-specific alterations, which make up a tiny portion of the cancer genome. We’re really pleased we built the test that way, because it does lend itself to other new applications.

What other trends in assays have you noticed?

To take it one step further, we’ve had inquiries about developing our TMB measurements as a diagnostic for various checkpoint inhibitors.There has been an uptick in testing. We’ve grown disproportionately rapidly, in a good way, compared with the rest of the market, but the market is growing. And in general, you’ll see people who previously did no testing move on to testing for a couple of markers of disease, or to broad-based testing. When people ask what’s the biggest barrier, it’s that some patients get no testing, and to me that’s a disappointing thing. The second challenge is that there is a lack of knowledge sometimes of the relevance of certain markers doctors are seeing on the test. Then the third piece is that, even if the doctor does understand what they see, there’s the problem of how to access the therapy for their patients. If I’m in a practice outside Chicago, and the trial is only conducted in San Francisco and Houston, it can be difficult. The fourth piece that people worry about is whether the test will be paid for.