Updated guidelines for the management of invasive breast cancer, issued by the National Comprehensive Cancer Network, define indications for radiation therapy, the use of biomarkers and multigene assays in clinical decision making, and new concepts in endocrine therapy in early-stage and advanced-stage estrogen receptor-positive breast cancer. 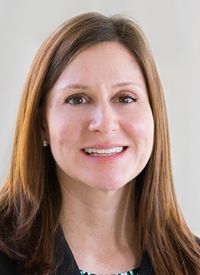 Updated guidelines for the management of invasive breast cancer, issued by the National Comprehensive Cancer Network (NCCN), define indications for radiation therapy, the use of biomarkers and multigene assays in clinical decision making, and new concepts in endocrine therapy in early-stage and advanced-stage estrogen receptor (ER)-positive breast cancer.

An overview of the updates added to version 1.2017 of the NCCN guidelines1 was presented at the 2017 NCCN Annual Conference.“When we’re treating, we really want to define what the target is,” said Kilian E. Salerno, MD, associate professor of oncology and director of breast radiation and soft tissue/melanoma radiation, Roswell Park Cancer Institute, and clinical associate professor, Department of Radiation Oncology, Jacobs School of Medicine and Biomedical Sciences, University at Buffalo. Treatment targets for radiation in breast cancer include wholebreast irradiation, partial-breast irradiation (PBI), radiation to the chest wall, and regional nodal irradiation (RNI).

In women treated with whole-breast irradiation, an appropriate margin under the latest NCCN guidelines is 2 mm in women with ductal carcinoma in situ (DCIS) and “no tumor on ink” for women with stage I-II invasive carcinoma. The preferred method of delivering radiation therapy, according to the NCCN, is hypofractionation, which employs a shorter treatment course that uses larger doses per fraction. Hypofractionation achieves local control and breast cosmesis that is at least equivalent to that achieved with conventional fractionation, said Salerno.

“I hope that we move away from this concept of standard fractionation being conventional because I would argue that for breast radiation, hypofractionation is standard as well,” Salerno said. The recommendation is to deliver a total of 40 to 42 Gy in daily fractions for whole-breast radiotherapy or 34 to 38.5 Gy given in twice-daily fractions for accelerated PBI (APBI).

The NCCN guidelines for suitability of APBI accept the updated American Society for Radiation Oncology criteria,3 which stipulate that patients ≥50 years with invasive DCIS measuring ≤2 cm (T1 disease) with negative margin widths of ≥2 mm, no lymphovascular invasion, ER-positive status, and negative for the BRCA mutation, and patients with a low or intermediate nuclear grade screen-detected DCIS measuring ≤2.5 cm with negative margin widths of ≥3 mm are both eligible for APBI.

Omission of radiation is acceptable in selected women at a lower risk of recurrence, as defined by women ≥70 years with clinical stage I, ER-/progesterone receptor-positive, clinically node-negative disease with negative surgical margins who would receive adjuvant endocrine therapy.

Whether or not to treat with RNI is based on assessment of an individual’s risk for recurrence using nomograms or recurrence scores, said Salerno. RNI was found to improve locoregional disease-free survival (DFS), distant DFS, and breast cancer mortality, with 10 years’ median follow-up in women who underwent breast conservation surgery in the MA.204 and EORTC229225 studies. Both studies looked at higher-risk patients and reduced the rate of regional and distant recurrences. However, an improvement was not seen in overall survival.

In general, RNI is recommended for patients with ≥4 positive nodes or locally advanced disease, should be strongly considered for patients with 1 to 3 positive nodes, and may be considered for node-negative patients at high risk of recurrence (Table).The latest version of the NCCN breast cancer guidelines incorporate the use of genomic expression profiling to assist in adjuvant treatment decision making in women with hormone receptor (HR)-positive, HER2-negative breast cancer. Lee S. Schwartzberg, MD, povided a summary of the state of biomarkers and multigene assays in breast cancer.

Genomic profiling has been found to successfully predict the benefit of endocrine therapy, as was demonstrated in the TAILORx study,6 said Schwartzberg, executive director at West Cancer Center, chief of the Division of Hematology/ Oncology at the University of Tennessee Health Science Center, and medical director at West Clinic.

The TAILORx study utilized the 21-gene recurrence score (Oncotype Dx), a multigene assay, to determine the risk of recurrence. Patients with a score ≤11 had a lower risk of their breast cancer returning. The study found that patients with breast cancer whose tumors had a favorable gene-expression profile had very low rates of recurrence at 5 years following treatment with endocrine therapy alone.

The 21-gene recurrence score has also been found to be prognostic in women with node-positive cancer, although its predictive value in this group remains uncertain, said Schwartzberg.

Genomic profiling can also be used to select candidates for chemotherapy. In the MINDACT study7 of patients with node-negative breast cancer, those with a high clinical risk and low genomic risk, per the 70-gene signature (MammaPrint), who did not receive adjuvant chemotherapy had a rate of distant metastasis-free survival of 94.7% (95% CI, 92.5%-96.2%).

As footnotes, the guidelines state that the 21-gene recurrence assay can be considered in selected patients with 1 to 3 positive nodes and that other genomic expression profiling assays are prognostic, but are supported by less evidence to predict response to chemotherapy.1Overcoming resistance to endocrine therapy has been an emphasis of clinical research. The NCCN guidelines for breast cancer have adopted partnering strategies in which targeted agents are added to endocrine therapy in an effort to combat resistance, said William J. Gradishar, MD.

The recognition that breast cancer is cyclin-dependent has led to the development of agents that act on the cyclin D/CDK4/6/INK4-Rb pathway. The latest of these, ribociclib (Kisqali), recently gained approval from the FDA. With the advent of CDK4/6 inhibitors, everolimus (Afinitor) has now been shifted to a later line of therapy in the guidelines.

Biomarker development is essential to help determine which patients stand to benefit from CDK4/6 inhibition and everolimus, said Gradishar, deputy director of the Robert H. Lurie Comprehensive Cancer Center and interim chief in the Division of Hematology/Oncology at Northwestern University’s Feinberg School of Medicine.

However, the various CDK4/6 inhibitors “should not be assumed to be exactly the same—clinically, pharmacodynamically, or kinetically,” he said. “We believe these drugs are not identical, either in terms of efficacy or side effects. We should learn more about their distinguishing features as we see more data from the pivotal trials.”

Some clinical trial results (ATLAS,12 aTTom13) show reductions in mortality only after 10 years of endocrine therapy, while other study results (NSABP B-42,14 DATA,15 and IDEAL16) show that no significant benefit on DFS was obtained with 5 additional years of aromatase inhibitor therapy after an initial 5 years of tamoxifen or an aromatase inhibitor. Due to the conflicting nature of the data, the recommendation was not qualified as category 1 in the updated guidelines.

The guideline updates also noted that women who are postmenopausal at diagnosis can be considered for an additional 5 years of an aromatase inhibitor after an initial 5 years, for a total treatment duration of 10 years. This consideration for extended endocrine therapy lies in the observation of very late recurrences of ER-positive disease. “Even out to 20 years, you see a progressive increase in recurrence rates,” he said.