Randomization designed to isolate the impact of a specific factor has enabled practitioners to understand the value, or lack of value of particular drugs, procedures, or processes in a given clinical setting. 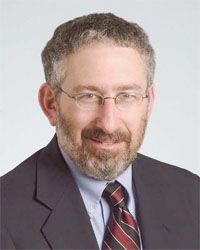 There is no legitimate challenge to the relevance of the randomized clinical trial in the development of our current evidence-based medical model. Randomization designed to isolate the impact of a specific factor has enabled practitioners to understand the value, or lack of value of particular drugs, procedures, or processes in a given clinical setting.

In the cancer arena, dozens of landmark studies and subsequent peer-reviewed publications can be cited in support of the importance of randomized trials in establishing the appropriate care in most tumor types and with the use of all modalities employed in routine practice. The results of such studies can confirm or refute a novel hypothesis, permit a new drug or device to enter the commercial market, or discard an older, less effective or more toxic standard-of-care approach to disease management.

So, what has occurred to lead many observers in the cancer care arena to challenge the primacy of this research concept as the cornerstone of future oncology development? Although multiple possible answers can be provided to this important question, perhaps the single most relevant is that our rapidly increasing understanding of the complexities of both cancer biology and variations in the meaningful background of clinical features in individual patients makes the ability to objectively “isolate” the impact of a single factor in a randomized trial highly problematic. Further, the time and cost to initiate, conduct, and ultimately report the results of evidence-based randomized studies is rapidly becoming unacceptable to patients with cancer, their families, and society as a whole.Consider, for example, the results of an excellent and clinically important research effort that examined the utility of adding 24 months of anti- androgen therapy to radiation in the management of recurrent prostate cancer.1 The study, a double- blind placebo-controlled trial involving 760 men in this difficult clinical setting, was initiated in 1998 with the final results reported in a high-impact medical journal in 2017—nearly 2 decades after the study accrual started. But perhaps of even greater concern is the unsurprising observation that the antiandrogen agent administered in this particular study has become less commonly employed than other drugs in this therapeutic space.2 So, how can the results of this landmark study be interpreted by clinicians attempting to care for their own patients in routine clinical practice?

There is no intent in this commentary to criticize the investigators of this or any other study that mandates this length of follow-up to draw the definitive conclusions required in the existing “gold standard” research paradigm. Rather, the issue regarding such a study is as follows: Is our society going to be willing to wait 10, 15, or 20-plus years to learn of the results of an academically de ned definitive randomized trial in a high-impact medical journal before a novel approach becomes an acceptable standard-of-care option, particularly when it is increasingly clear that the research—as elegant as it might be&mdash;will likely have limited value in the existing practice of cancer medicine when the published document is finally available?Conversely, we unfortunately continue to see examples where most impressive positive results of cancer trials are reported in high-impact journals, but because the study designs are apparently not deemed to be adequately definitive they are not acknowledged by regulatory agencies or many within the academic community as being acceptable to change routine clinical practice.

Consider, for example, the randomized double-blind placebo-controlled phase II trial of single-agent olaparib employed as maintenance therapy in ovarian cancer after patients achieved a response or experienced stable disease to second- line platinum-based chemotherapy.3,4 In this study, the results of which were published in 2 respected journals, women with a germline BRCA-mutation who received olaparib experienced an almost tripling in the median time of subsequent disease progression (4.8 vs 11.2 months; HR, 0.18; P <.0001).4 Unfortunately, and rather remarkably, this outcome was insufficient to gain approval of the agent for the treatment of women in this specific clinical setting despite the absence of alternative effective strategies.

Of note, an abstract of what is presumably an acceptable definitive gold-standard phase III trial of this strategy has recently been reported at a medical conference and, unsurprisingly, has revealed a similarly impressive and highly clinically relevant outcome.5 Yet, as of the date of writing this commentary, olaparib has not been approved by the FDA for routine use as a maintenance strategy in the second-line management of BRCA-mutation positive epithelial ovarian cancer—5 years after the initial landmark publication.3

There is a strong argument to be made that the publication of data demonstrating clinical utility of this magnitude, even if a rational modification of the gold standard approach is employed, should be sufficient for quick regulatory approval, fully acknowledging the less-than-definitive nature of the outcomes. After all, what is wrong with allowing patients to have the ultimate decision about whether the available data are sufficient for them to consider use of the approach in the management of their disease?

Experiences such as those described above acknowledge the continued essential role for randomized trials in oncology but also demonstrate a clear and critical need for a thorough reexamination of the existing evidence-based paradigm associated with their use.