Recent developments in the treatment of metastatic pancreatic cancer have modestly improved outcomes, but reducing morbidities associated with current therapies and developing novel therapeutics will be essential for achieving durable responses and long-term survival. 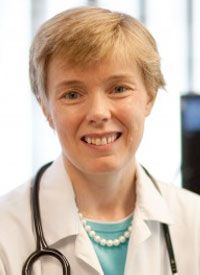 Recent developments in the treatment of metastatic pancreatic cancer have modestly improved outcomes, but reducing morbidities associated with current therapies and developing novel therapeutics will be essential for achieving durable responses and long-term survival, according to experts who participated in an OncLive® Peer Exchange® panel.

The advent of multiagent chemotherapy in the frontline setting and the introduction of an FDA-endorsed option for second-line treatment have increased the choices for treatment of metastatic disease. However, many questions remain on optimal sequencing of therapies, the role of novel therapies such as immunotherapy and stroma-targeting agents, and the use of molecular profiling to personalize treatment.

Furthermore, the panelists agreed that caring for patients with pancreatic cancer requires a multidisciplinary approach that includes a medical team (ie, diagnostics, imaging, surgery, chemotherapy, and radiation therapy) and social services (ie, palliative care, social work, psychiatry, and nutrition). “This is an incredibly life-changing moment for these patients, and we’re going to do everything we can to either cure them or keep them alive as long as possible,” said John L. Marshall, MD. “It’s absolutely a team sport.”Until recently, gemcitabine monotherapy was considered the standard treatment for metastatic pancreatic cancer. Trials showing superior overall survival (OS) with gemcitabine plus nab-paclitaxel (Abraxane)1 and FOLFIRINOX2 —a 4-drug combination of leucovorin, fluorouracil (5-FU), irinotecan, and oxaliplatin&mdash;established these 2 regimens as frontline options for patients with metastatic pancreatic cancer and good performance status. Although these 2 combinations have not been directly compared in a head-to-head trial, some experts favor FOLFIRINOX for patients with high performance status because the PRODIGE 4/ ACCORD 11 trial with FOLFIRINOX demonstrated a numerically longer OS than the MPACT trial did with gemcitabine/nab-paclitaxel (11.1 vs 8.5 months).

However, many of the panelists questioned whether the potential increase in survival is worth choosing FOLFIRINOX due to its high toxicity. Marshall said that he starts with gemcitabine/nab-paclitaxel for most of his patients. “I don’t see the added advantage of what may be a small increase in response rate compared with the toxicity,” he said. When Marshall does use FOLFIRINOX, he often drops the bolus dose of 5-FU, lowers the dose of irinotecan to 150 mg/m2 , and gives a growth factor to minimize toxicity. “I don’t really think I could give the standard regimen regularly to people,” he said. “Even with modifications, we all buckle in for what might be a rough cycle or 2 until we get the dosing right.”

Similarly, Eileen M. O’Reilly, MD, said that she feels more comfortable starting with gemcitabine/nab-paclitaxel because there is more evidence supporting its efficacy and because the regimen is “a nice building block” upon which to add second-line agents. However, she and Caio Max S. Rocha Lima, MD, noted that the DNA-damaging agents (oxaliplatin and irinotecan) in FOLFIRINOX may warrant its firstline use for patients with known or suspected BRCA mutations.

O’Reilly also pointed out that adverse event profiles for each of the regimens may also merit consideration. For example, some patients may be concerned about having a port and receiving FOLFIRINOX intravenously, whereas others may worry about alopecia with a nab-paclitaxel-based regimen.

However, toxicity profiles are considerable with both regimens, which has led many oncologists to modify doses empirically to improve tolerability while maintaining the benefits, according to Johanna Bendell, MD, moderator of the panel. O’Reilly described a retrospective analysis3 showing that a nab-paclitaxel/gemcitabine every other week (days 1 and 15 of a 28-day cycle) lowered toxicities and maintained efficacy relative to historical outcomes of the MPACT trial (which dosed on days 1, 8, and 15 of a 28-day cycle). Although she cautioned that the reduced-frequency regimen may not be the best fit for all patients and is not FDA approved, the results should reassure physicians that modified dosing likely benefits patients who cannot tolerate a full regimen. Marshall said that constitutes most of the patients in his practice. “It’s rare that I can get 3 [weeks of treatment] in a row in most patients,” he said.One proposed hypothesis for disease progression during chemotherapy in pancreatic cancer is the formation of a dense stroma around the tumor cells, which blocks drug access to the tumor. A nanoliposomal formulation of irinotecan (Onivyde) aims to overcome this stromal barrier and improve drug delivery to the tumor. The NAPOLI-1 trial4 showed that the combination of nanoliposomal irinotecan with 5-FU/leucovorin improved OS over either of these therapies alone in patients previously treated with gemcitabine/nab-paclitaxel therapy, suggesting a synergistic effect of these drugs when used in combination, according to Rocha Lima. The trial paved the way for the FDA’s approval of the irinotecan liposome combination as second-line therapy in 2015.

According to George P. Kim, MD, a second-line regimen including liposomal irinotecan may support using gemcitabine/ nab-paclitaxel in the frontline setting by offering a reprieve from thrombocytopenia and neuropathy associated with gemcitabine/ nab-paclitaxel and maximizing exposure to multiple cytotoxic agents over time. “I’d like to think that these drugs deposit in the tumor, the stroma, the desmoplasia, and get into the cancer cells over a prolonged period,” said Kim. The panelists agreed that with the introduction of a second-line option, strategic sequencing of therapies would likely be an important shift in the treatment paradigm for metastatic pancreatic cancer moving forward. However, Marshall noted that further studies are needed to establish the importance of the liposomal encapsulation for drug delivery and therapeutic benefit.

He indicated that the longer half-life (ie, pharmacologic exposure to the drug) may increase the toxicity (such as diarrhea, myelosuppression, fatigue, and nausea), and that monitoring patients and possibly modifying the dose would be essential in the early stages of treatment.The panelists agreed that the multiple morbidities associated with pancreatic cancer highlight the importance of multidisciplinary care. Collaboration with several disciplines, such as palliative care, pain management, nutritional care, gastroenterology, and radiology, help optimize treatment, symptom control, and pain reduction, according to the panelists. “Part of the challenge of maximizing the oncologic outcome is making sure we take care of the patient and address their symptoms,” said O’Reilly.

The panelists agreed that treatment of the tumor itself can be a form of palliative care, but that the attitude of therapeutic nihilism, common among many healthcare providers, often prevents patients from seeking treatment and may compromise their outcomes. Rocha Lima described a randomized phase III trial5 demonstrating that second-line chemotherapy (oxaliplatin, leucovorin, and 5-FU) significantly improved survival over best supportive care in patients who had progressed on gemcitabine-based therapy. However, the panelists noted the importance of prompt initiation of therapy, as patients’ performance status can deteriorate so rapidly in just a few weeks that they are unable to receive treatment. Marshall recommended proactive management with follow-up at least every other week until symptoms improve.Targeting the tumor stroma to improve delivery of chemotherapy may be a promising new approach, the panelists noted. The addition of PEGylated human recombinant hyaluronidase (PEGPH20), which reduces accumulation of hyaluronic acid (HA) in the tumor stroma, to gemcitabine/nab-paclitaxel may improve survival in patients with high stromal HA expression.6

A randomized phase II trial7 showed that the addition of PEGPH20 to nab-paclitaxel plus gemcitabine led to a 46% overall response rate compared with the 2 chemotherapy drugs alone in patients with HA-high pancreatic cancer. The PEGPH20- containing regimen demonstrated a statistically significant improvement in progression-free survival over the 2 chemotherapy drugs (HR, 0.51; P = .048), and an exploratory OS of 11.5 versus 8.5 months. Clinical trials are underway to test the efficacy of PEGPH20 with nab-paclitaxel plus gemcitabine in patients with previously untreated HA-high pancreatic ductal adenocarcinoma in the phase III HALO-301 trial (NCT02715804) and with modified FOLFIRINOX in patients with newly diagnosed metastatic disease (NCT01959139).

However, Rocha Lima cautioned that phase II trials had been suspended temporarily due to the increased incidence of thromboembolic events with PEGPH20. Addition of low molecular weight heparin reduced the incidence of thromboembolic events and allowed the trials to resume, but Rocha Lima stated that quality control will be essential with the phase III trials as well as other studies investigating novel therapies for pancreatic cancer. Nevertheless, he and O’Reilly agreed that positive results in phase III trials would validate stromal expression of HA as a biomarker for targeted therapy, which would be a major advance for individualizing treatment.

Immunotherapy has produced dramatic results for at least a subgroup of patients with gastrointestinal cancers—except for those with pancreatic cancer. Marshall suggested that the lack of success in pancreatic cancer is likely due in part to the stromal barrier preventing T-cell infiltration into the tumor, lack of immunogenicity, or unidentified genetic factors, and that further research of the biology may help identify a potential role for immune-targeted therapies.

O’Reilly agreed that further research is needed to identify subsets of patients most likely to benefit and how immunotherapy fits in the treatment strategy (eg, in the maintenance setting, with adjuvant chemotherapy, or after debulking in locally advanced disease). “I think there’s still some optimism that we can figure this out, at least for a subset, and it’s clearly going to be combination-based approaches,” she said. For example, Bendell suggested possible combinations of checkpoint inhibitors with agents that increase T-cell infiltration into the tumor, such as the MEK inhibitor cobimetinib (Cotellic), which has shown activity with atezolizumab (Tecentriq) in colorectal cancer with high microsatellite instability.8Molecular profiling has made great strides in many other forms of cancer, but its utility in pancreatic cancer is still in its infancy, according to the panelists. “The problem is that we get [mutational results] and many times we do not know what to do with them,” said Rocha Lima. “Most of those reports will come up with the KRAS mutation at codon 12, and we do not have a way to really target KRAS today.”

The panelists noted that mutations in BRCA genes, which account for a small proportion of pancreatic cancer cases, could identify patients who would benefit from platinum-based chemotherapy or PARP inhibitors. O’Reilly noted that PARP inhibitors combined with other therapies may also be effective for treating patients with other germline mutations such as ATM and ATR mutations that are common with pancreatic cancer, and this refinement of treatment choices based on disease characteristics or genomics would be an important step forward for personalizing treatment.